Posted on Tuesday, 19 December, 2017 by Jonathan Cloud | Leave a comment 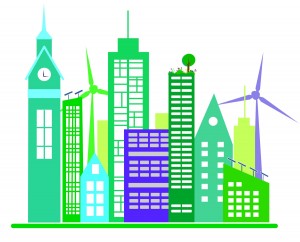 New Jersey is about to experience a surge of new clean energy projects, unleashing a considerable amount of additional private financing for energy efficiency and renewables.

Amendments to NJ’s existing PACE law are being passed in the NJ Legislature this month. Governor Christie has the opportunity to sign this legislation before he leaves office. Given that the new bill includes amendments based on his 2015 conditional veto, Governor Christie could (and we think, should) sign Commercial-only PACE legislation as part of his economic legacy.

PACE — Property Assessed Clean Energy — is a new source of financing for commercial projects. More than a dozen states have PACE programs which have collectively financed almost half a billion dollars worth of projects across the US and created almost 7,500 jobs. And this is just the tip of the iceberg of new construction and retrofit projects that are eligible for this new form of financing

For a general description of PACE see What is PACE?

The key benefits of Commercial PACE are that it:

The most appealing features of Commercial PACE for energy efficiency, renewable energy and resiliency financing are that it:

Property owners can receive subsidies and incentives from the NJ Clean Energy Program, and use PACE financing to finance 100% of the remaining hard and soft costs.

Other potential sources of energy-improvement financing include state programs such as the proposed Public Bank, a possible Green Bank, and the New Jersey Resilience Bank (which has already committed all of its available funds). But each of these is likely to take longer to implement than PACE, requiring additional legislative approvals.

The distinguishing feature of PACE is that it does not involve any public funds, is wholly decentralized through the municipalities and the private sector, and is not managed by the state. It can get off the ground immediately, and make a substantial impact on creating jobs and reducing emissions.

Ramping up both public and private funding

Our preliminary estimates suggest that the potential for clean energy improvements of commercial properties in New Jersey may be more than $75 billion, including renewables and efficiency improvements, even a fraction of which is capable of creating an enormous boost in jobs and economic development.

What this means is that PACE could rapidly exceed the current level of public clean energy financing in the state, potentially more than doubling the extent of market transformation. Commercial PACE can provide 100%, non-recourse, and off-balance-sheet financing for a wide range of projects; or simply bridge the gap between what the Clean Energy Program provides and the total cost of the project. In addition, there are other innovative financing structures that have been devised specifically to take the place of PACE where PACE is not yet available. So the private market is going to drive the transition further and faster than ever.

How PACE will work in New Jersey

Senator Bob Smith, chair of the Environment & Energy Committee of the NJ Senate, has submitted a revised bill (S1570) that accomplishes a number of important things.

Eligible projects include “renewable energy and energy efficiency systems and water conservation, storm shelter construction, flood and hurricane resistance projects, energy storage, microgrids, and district heating and cooling system projects.”  Only municipalities may establish PACE programs, by ordinance, but a municipality “may designate a county, county improvement authority, another public entity, or one or more private entities to manage, oversee, administer, finance or implement, or any combination thereof, all or any part of the PACE program on the municipality’s behalf.”

The municipal ordinance shall require that a disclosure form summarizing PACE financing risks provided by the PACE program administrator and the lender shall be signed by the owner of each property. The disclosure form shall include, but need not be limited to, the following information:

(a) risks from incorrect or defective improvement design or construction of the PACE project;
(b) risk of foreclosure for failure to pay the special assessment;
(c) imposition of charges or other enforcement for delinquent PACE special assessment payments in the same manner as delinquent real estate taxes;
(d) lack of guarantee of energy savings from the PACE project;
(e) likelihood that completed PACE projects may require ongoing maintenance to meet performance targets;
(f) probability that changes in property occupancy or energy costs may affect energy savings expected from the project;
(g) lack of guarantee by the PACE program or PACE program administrator of availability of local, State, or federal tax credits or other incentives;
(h) amount of additional fees for actual municipal costs that will be added to the PACE special assessment.

The municipal ordinance shall also require that the PACE program include the following consumer protection provisions:

(a) the authority of the property owner to cancel the PACE contract within three business days of signing it;
(b) a requirement to provide information to the property owner on the total cost of the PACE project for the life of the agreement including interest or fees to be paid, total number of payments, payment frequency, amount of each payment, and warranty or maintenance obligations; and
(c) a prohibition restricting specific monetary or percentage estimates on property value changes as a result of the PACE project.

The program is to be reviewed after five years, and terminated after ten (unless renewed by the Legislature), though any PACE assessments entered into would be honored to conclusion.

Will It Pass and Get Signed Into Law?

Senator Smith plans to get the latest version of the Bill through both houses of the Legislature during the so-called “lame duck” session, during which Christie as the outgoing Governor may sign, veto, or simply pocket veto the legislation. In principle, we believe that Governor Christie should view the bill favorably, since it incorporates much of what was stated in his 2015 conditional veto, including the commercial-only restriction and the mortgage-lender consent provision. While the main goal of PACE is, as the name implies, to support clean energy, it is also a jobs and economic development program that will benefit NJ in multiple ways.

If the Bill is signed it goes into effect immediately. If it is not signed, Governor-Elect Phil Murphy, who has publicly supported PACE as part of his clean energy platform, will sign PACE into law. One way or another PACE will become a reality in New Jersey in 2018.

And… there are new options available today

After five years of advocacy for PACE in New Jersey, New Jersey PACE, the non-profit that has been the primary champion for PACE in NJ, has also developed some new approaches that are “PACE-like,” and which could be viewed as “pre-PACE,” since they’re designed in part to build momentum for PACE. These programs do not require state or local involvement, and are featured at a new web site, www.RegenerativeFinancing.org, launched by our new umbrella organization Possible Planet (www.possibleplanet.org, previously the Center for Regenerative Community Solutions). The site not only explains the programs: it also provides an application portal for project submissions, with very similar features as PACE.

The first of these alternatives, developed in collaboration with a major national impact investment fund, is called NICCE (“nice”), for “New Inter-Creditor for Clean Energy.” NICCE is essentially a special-priority energy improvement loan that is based on an agreement with the existing mortgage lender, if any, that is transferable and non-acceleratable. We have open-ended funding available for projects in New Jersey and in a number of major cities around the country, for new construction or retrofit energy efficiency and renewable energy projects of more than $1 million, and we’re already building a pipeline of major deals.

The second pre-PACE alternative, which we call DREEM (Deed-registered Renewable Energy & Efficiency Measures), uses a modified form of an Energy Services Agreement, with additional security for lenders and property owners.

Neither NICCE nor DREEM require any kind of state legislation or municipal approval we are accepting project applications today, or contact Jonathan Cloud at 908-581-8418 or jcloud@regenerativefinancing.org.