Posted on Saturday, 24 January, 2015 by Jonathan Cloud | Leave a comment

The climate deal fleshed out in Lima, Peru, is that all countries can set their own climate goals [1,2,3]. But will this be effective in preventing dangerous greenhouse gas emissions? Very unlikely, writes Delton Chen (Geo-Hydrologist, Civil Engineer):

During the past 250 years of industrial and technological revolution, the primary catalyst for innovation and the fundamental driver of economic growth has been the availability of fossil fuels (i.e. coal, oil and gas). To avoid extremely dangerous climate change, the global economic system must be re-organised at a fundamental level, and the new order must include a social transformation that grows exponentially; otherwise the required mitigation of greenhouse gas (GHG) emissions will be too slow to avoid a climate catastrophe.

The United Nations Framework Convention on Climate Change (UNFCCC) was put into effect in 1994, and civilisation officially acknowledged that it was ‘addicted’ to fossil fuels. The ultimate aim of the UNFCCC is to prevent “…dangerous human interference with the climate system”[4]. The recent UNFCCC’s meeting in Lima, Peru, provides the latest update on civilisation’s de-carbonisation program, but the results of the Lima meeting signify global action will be further delayed given that nations are only obliged to make voluntary commitments.

END_OF_DOCUMENT_TOKEN_TO_BE_REPLACED

The latest version of A2579 — amending legislation to the PACE statute approved in 2012, which has proved unworkable — has been passed out of the Assembly Appropriations Committee, and is now headed to the floor for a vote. An identical version is being shepherded through the NJ Senate by its passionate sponsor, Senator Bob Smith (D-Middlesex), with the full concurrence of its Republican Co-Sponsor, Senator Kip Bateman (R-Somerville).

Here is a portion of the “Statement” accompanying the release of the bill:

END_OF_DOCUMENT_TOKEN_TO_BE_REPLACED 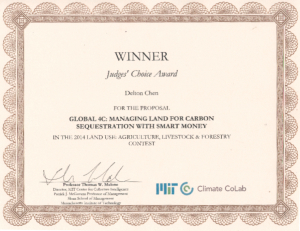 People felt the proposal was serious and well thought-through, and were happy to speak with us about it. The videos, and above all the new radio interview, linked below, have made the idea very clear and accessible, so we no longer have to spend much time clearing up misconceptions.
END_OF_DOCUMENT_TOKEN_TO_BE_REPLACED

Posted on Saturday, 6 September, 2014 by Jonathan Cloud | Leave a comment

Asking for money is one of the more challenging things that every charity has to do. The first question we need to answer, however, is “Why are we asking?” If we don’t have a clear and compelling answer, we’re handicapping ourselves from the start.

In The Soul of Money, Lynne Twist, who has raised more than $150 million in individual contributions, tells the story of her own first monetary contribution:
END_OF_DOCUMENT_TOKEN_TO_BE_REPLACED

We’re committed to a future that has New Jersey PACE as a local success story in the making. Working back from this future, what will this look like, and what will it mean for New Jersey?

Crowdfunding for PACE in New Jersey

Posted on Thursday, 7 August, 2014 by Jonathan Cloud | Leave a comment

The challenges we face in New Jersey as a result of climate change are significant, and so therefore are the opportunities. The experience of Superstorm Sandy showed us just how ill-prepared we are for the more frequent recurrence of extreme weather; and how important it is that we set an example for taking action to mitigate our own greenhouse gas emissions, as other states are doing around us. And there’s also no doubt about the urgency of it — as you can see from this remarkable video:
END_OF_DOCUMENT_TOKEN_TO_BE_REPLACED

Posted on Tuesday, 5 August, 2014 by Jonathan Cloud | Leave a comment

Developing our crowdfunding campaign is giving us an extraordinary opportunity to explore using PACE to revitalize New Jersey communities. By itself, PACE is an innovative business model that creates jobs and economic development while providing the ultimate tool to finance energy efficiency and renewable energy projects on private properties. But leveraging PACE for community development is where the real payoff is, that is to say, for the benefit of the community as a whole.

END_OF_DOCUMENT_TOKEN_TO_BE_REPLACED

Posted on Thursday, 6 March, 2014 by Jonathan Cloud | Leave a comment 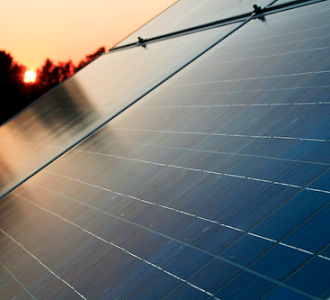 New Jersey PACE is proud to be partnering with the upcoming Intersolar Summit – New Jersey taking place on March 20th at the Sheraton Edison Hotel. Through our partnership we are able to provide Discounted Registration to NJPACE Alliance members and CRCS supporters.

Under the slogan “80% Renewable Electricity by 2050 – What does it mean today?”, the Intersolar Summit New Jersey will thoroughly assess the current business climate, future market prospects and feasibility of the aggressive renewable energy targets recently announced. Moreover, delegates will gain an in-depth understanding of the latest policy updates presented by local opinion leaders and receive insights on most up-to-date solutions and technological innovations for the PV market.The preliminary agenda can be found here.

END_OF_DOCUMENT_TOKEN_TO_BE_REPLACED

Posted on Saturday, 1 March, 2014 by Jonathan Cloud | Leave a comment

Our 2013 Annual Report is designed to convey our vision, and provide an account of the progress we have made toward achieving that vision, in developing the NJPACE program in New Jersey. (Click the title of this entry for a link to the fully report.) 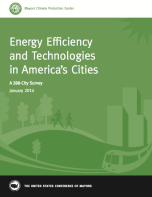